The Walter B. Shelley, MD Leadership Award is presented periodically to a man who has made a significant contribution toward supporting women in dermatology. 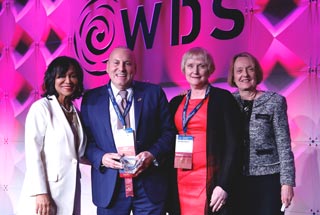